This How-to article is going to go through using the FANUC teach pendant to switch the state of robot cell outputs and simulate and verify inputs for troubleshooting purposes.

A robot cell is a complicated system of processes working together to accomplish a final goal by finishing each of these various tasks. Many of these processes involve inputs and outputs: 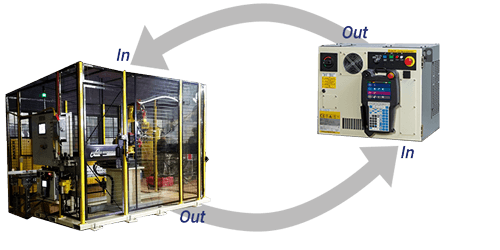 There are times when one part, like a sensor, isn’t working and the operator needs to be able to troubleshoot to pinpoint the issue. This is when using the teach pendant to do I/O testing can be helpful in finding the root cause of an issue. This testing should not be done in a production environment, but for troubleshooting purposes only.

There are four different I/Os available through the FANUC Teach Pendant: 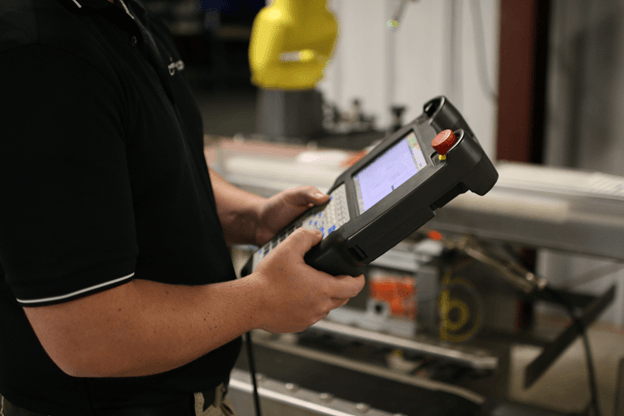 Step-by-step instructions for using the FANUC Teach Pendant to switch the state of an output and then simulating and verifying input of digital I/Os and Robot I/Os. 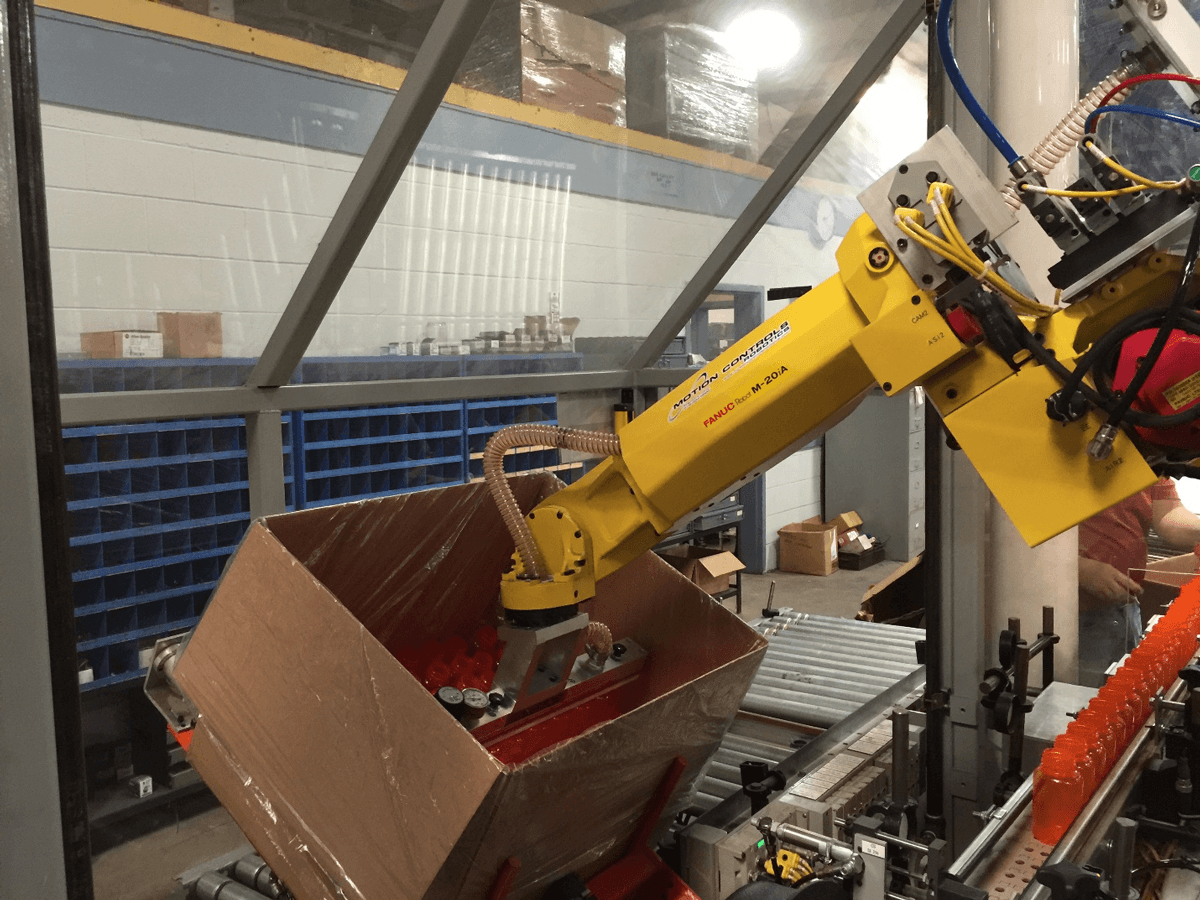 Let’s think about a case packing cell – in this cell, a case comes down the conveyor triggering a sensor which lifts the case to a defined angle for a perfected packing position.

Arrow Down to 5 I/O and ENTER

On the top menu select TYPE

Arrow down to DIGITAL and select ENTER

I/O Digital Out screen shows each output port and the status of the port.

The top menu has ON OFF button options you can select to simulate ON or OFF. The color is highlight in reverse coloring, so you know it is a simulation.

From the Status column, you can use the arrow keys to move to the correct input and then over to the SIM column. The menu changes to give options for this column.

Select SIMULATE, arrow over to STATUS, and select ON

These can be turned off using the same process.

For Robot I/O, select TYPE from the menu and move to ROBOT and then ENTER

The I/O Robot Out screen shows each output port.

Turn the status to ON or OFF selecting the correct button

Arrow over to SIM and select the SIMULATE button then arrow over to the STAUS column and turn it on.

These can be turned off using the same process.

Simulating Inputs/outputs should only be used for troubleshooting – do not use in the production environment. Make sure to turn off all simulated inputs/outputs 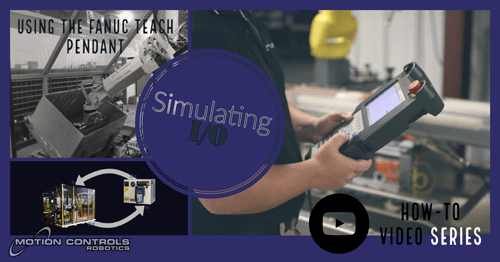 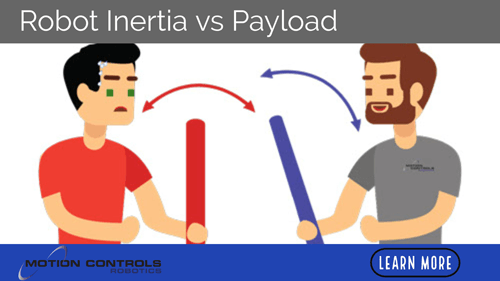 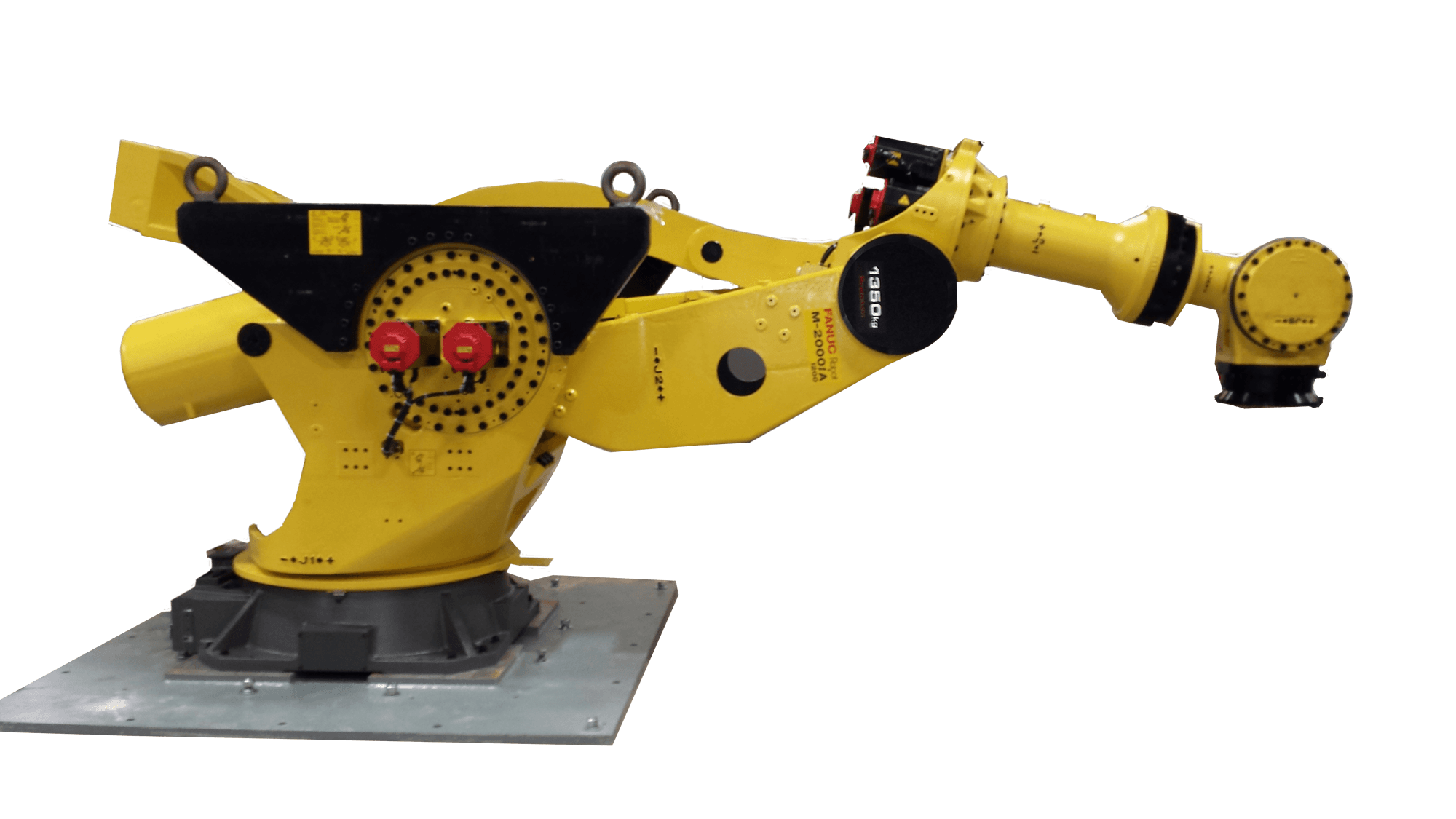 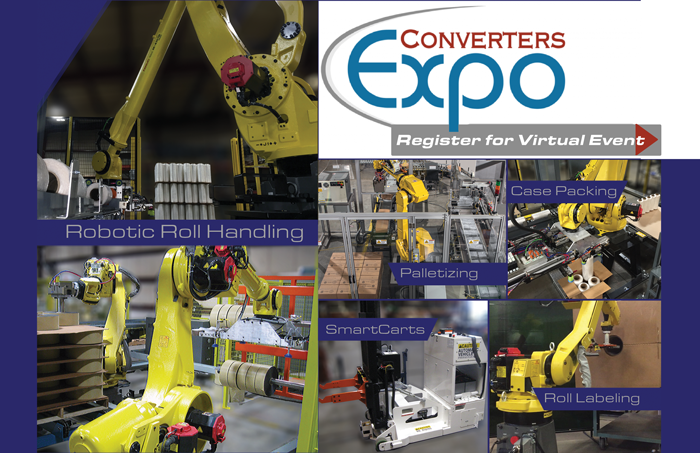 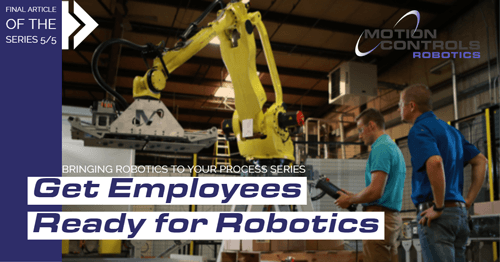 Get Employees Ready for Robotics – Bringing Robotics to your Process

70% of robot orders in the 1980s were for use in automotive factories, today this… 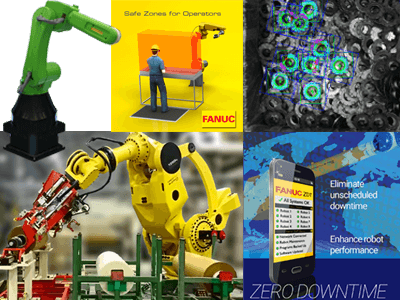 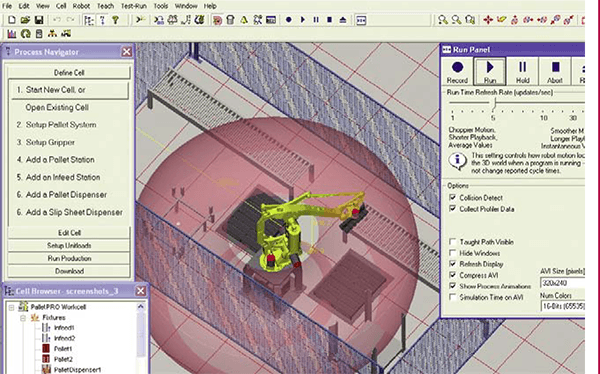 Perfect Your Palletizing with PalletPRO 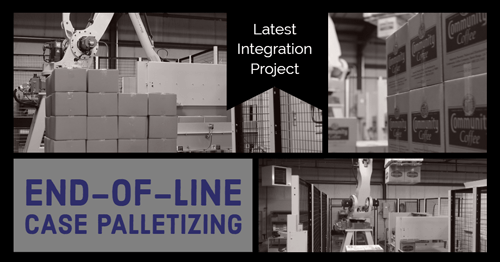 A food and beverage company wanted to automate their packaging lines with end-of-line palletizing. As… 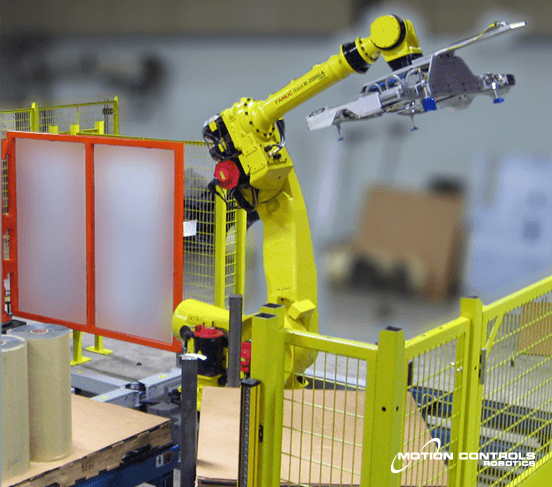 Do I Need a Robot Leveling Plate