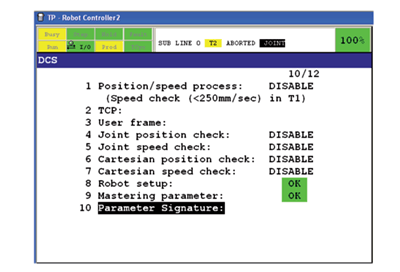 Prior to the FANUC Dual Check Safety platform of safety tools, the only way to keep a robot from moving that the robot, end of arm tool and load could normally reach in a manner that met RIA safety specifications was to install one or more hardstops on the robot. These hardstops were not flexible, and provided limited functionality.

Today’s robotic safety specifications, as defined in the Robotic Industries Association (RIA) document ANSI/RIA R15.06-2012, call for the entire work envelope, or reach, of the robot to be protected including the robot’s end of arm tool and any product the robot carries. Without DCS, the larger the robot reach, the larger the space required for the robot’s perimeter safety fencing.

This allows the robot to be setup using a three dimensional (3D) defined workspace. DCS software allows the system designer and robot programmer to define the space where the robot operates while performing its required work. With this approach, less total actual working area needs to be blocked off for the robot cell. 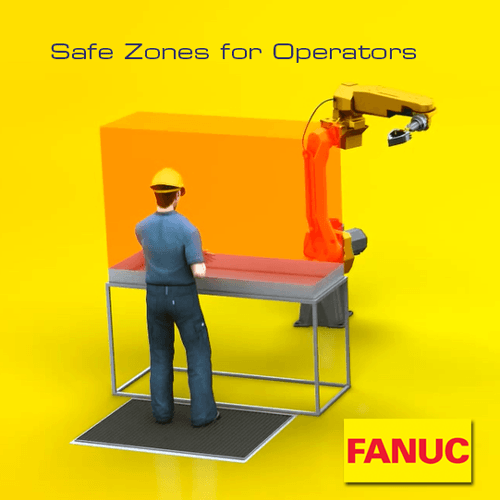 Safety mat input is triggered which brings up a safety zone around the operator (here the robot cell would also have a perimeter fencing).

When the operator enters a workspace that the robot normally occupies, he triggers an input and a zone is blocked off where the robot can no longer enter. While the robot may, at this point, be using a less efficient path, this eliminates the need for robot cell downtime.

The illustration above shows the operator on a safety mat. The safety mat sends a signal to the robot controller which causes a Safety Zone to be activated within the controller. The controller prevents the robot from entering the area where it would violate safety specifications for clearance with the operator, all in a fail-safe, safety rated manner.

For example if a quality check needs to occur, an operator could be allowed to perform the check in an area that is acceptable if the robot is moving at a slower speed, but unacceptable if the robot is running at a higher speed. A safety rated mat or laser scanner could be used to signal to the robot controller that an operator is present at the quality check station. The robot controller would slow the robot down so the operator is outside the acceptable limit of robot motion at the slower speed, where the operator would otherwise be in an unacceptable area if the robot was operating at full speed.

The movement of the tooling can be defined using up to 32 zones that all have on/off switches defined in DCS. 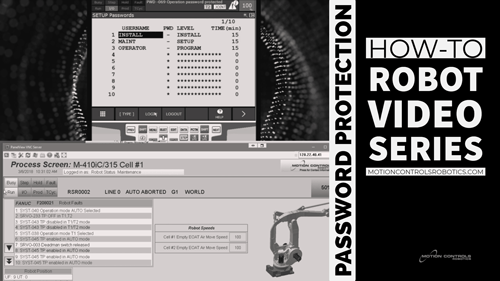 Hey Kids, Robotics is as Good as Video Games and Sprint Cars

While the industrial robotics industry has been around since the 1950s, and hit its stride… 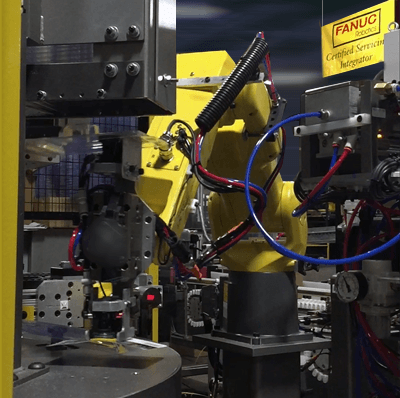 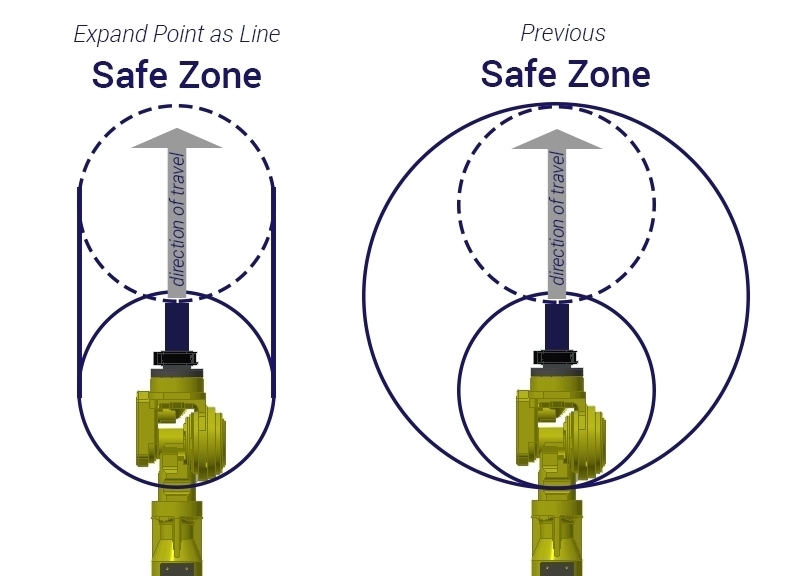 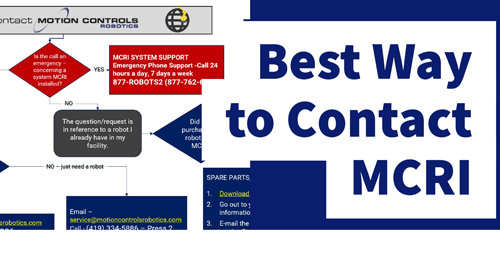 Motion Controls Robotics is a FANUC Level 4, full-service integrator. This means that we are… 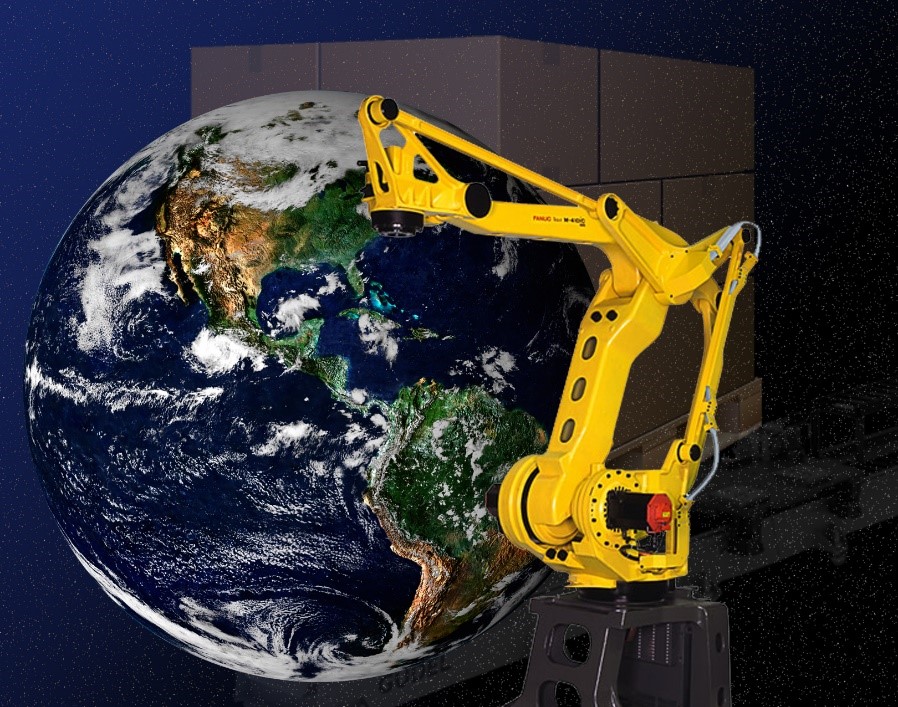 Five Robots Travel Around the World 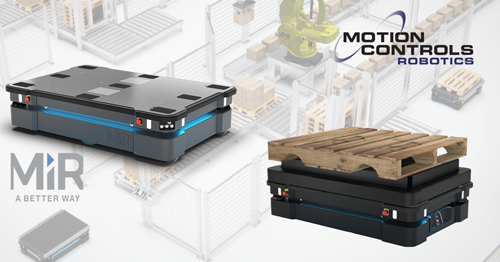 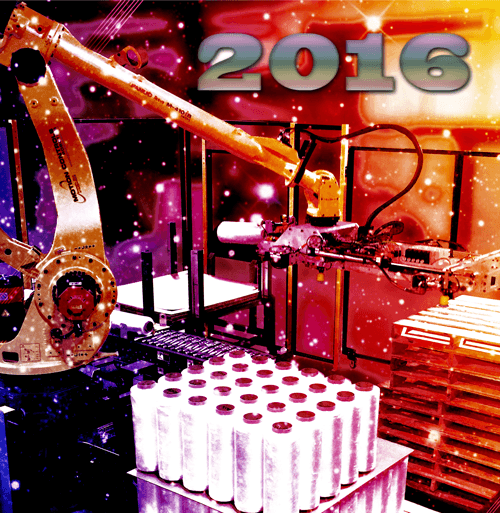 As the year draws to a close, it is interesting to discover the robotic topics…