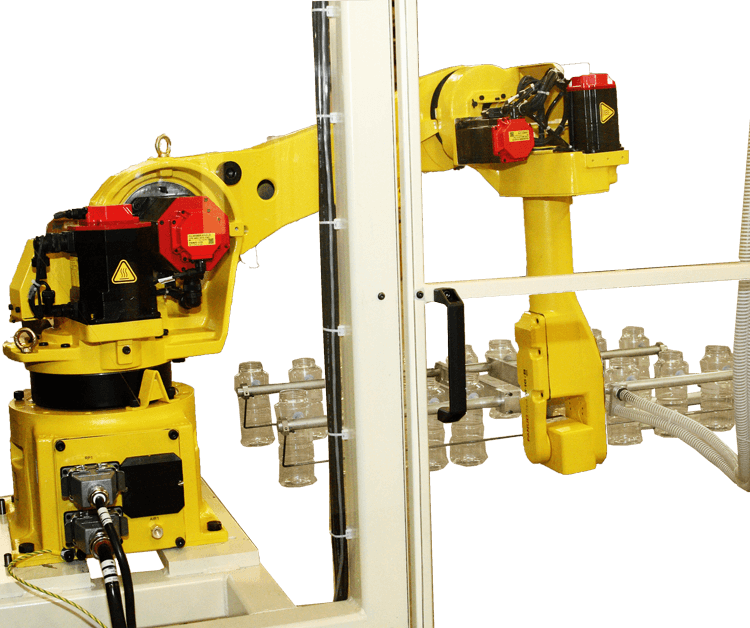 A national manufacturer of stock and custom plastic packaging solutions for the food packaging, chemical, automotive and household industries faced the challenge of improving its safety and ergonomics associated with its manual system of unloading its Nissei Bottle Making Machine at its manufacturing facility. The company also wanted to find a solution to reduce scrap and increase productivity.

The plastics manufacturer had used its manual take out system for its entire history for nearly 20 years. This manual system had several pitfalls including a large amount of scrap, which in turn meant money down the drain in throwaway products. The manual system also lacked reliability and increased chances for injuries. The company brought technology into its facility to help increase the production of quality products while making the plant safer for its employees. The company also hoped to increase its sales by improving the manufacturing process efficiencies through automation. Prior to automation, the company had to turn away opportunities to increase its business due to capacity limitations.

The company contacted Motion Controls Robotics to ask them to help develop a solution that would automate its bottle take out process and alleviate its safety and ergonomic issues due to repetitive stress injuries. They also wanted to create a solution that would reduce scrap, which ultimately would help increase sales without having to produce more product than it did in the past.

The company preferred to use robotics in the automated system due to the flexibility of that type of solution. If needed, the robot could be reallocated to another part of the facility if the workload changed at the facility.

The plastics manufacturer also considered a vendor with a fixed automation system that included a simple slide but decided that system wasnâ€™t reliable enough for its needs. In addition, every time the mold tooling changed, the slide also had to be changed to accommodate the new product. This created a higher cost to change tooling that was not acceptable. The facility included one machine with a manufacturers fixed automation system, but they wanted to find a more flexible and reliable solution. 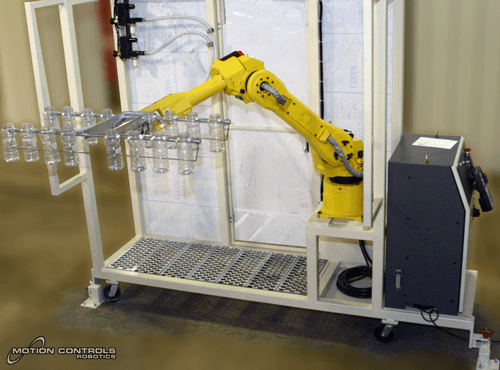 The rugged welded tubular construction is reliable and durable, with low-maintenance state-of-the-art components. The Robotic SUBTA uses straightforward tooling, eliminating the need for multiple hoses that can develop leaks or become damaged. The system has a mean time of five years between failures, making it very reliable.

According to the customer, “The Robotic SUBTA systems have been a tremendous asset and a great opportunity to ramp up our technology,” said the plant manager. “From a competitive standpoint, using this system has improved our technological image. It also has improved safety and ergonomics.”

The Motion Controls Robotic SUBTA has received a positive reception from the employees because of the ease of use and nearly flawless performance of these robots. To ward off any concerns from employees about potential layoffs within the plant, the company presented the new system as an opportunity to ramp up its technology and that new business was waiting for the company if the technology was added.

The Robotic SUBTA systems have also created unexpected improvements in the manufacturing process. The company noted a net reduction of 1/2 percent of scrap, adding 500,000 bottles per year to its output simply by virtue of not dropping the bottles. Since fewer products need to be reground, the company also saves money considering the cost to run the regrind machines has gone up greatly as the cost of oil increases. In addition, this reliable process has cut the employee bending movements by 50 percent.

The plastics manufacturer rates the Robotic SUBTA as a great improvement that has been very reliable and nearly flawless in operation.

Because of the increased productivity, the company has actually seen an increase in sales.

Now employees ask when they will add another Robotic SUBTA.

We are proud to say that we have not lost a single employee after adding the new robotic systems. Instead of layoffs, employees have been allocated to other parts of the facility,” said the plant manager. “This success has created new business which in turn creates secure jobs. Overall, the addition of the Robotic SUBTA systems has created a more positive and productive environment within our facility. The plastics manufacturer rates the Robotic SUBTA as a great improvement that has been very reliable and nearly flawless in operation.

Compared to a different take out system, six axis robots give us an option to even pack the bottle or bring it to a leak detection machine. Now we have dwell time at the robot,” said the plant manager. “Six axis robots give us the ability to look at secondary operations and an opportunity to potentially add some value to our customer’s process. We can present it to our customers as a benefit. Efficiency at the facility has been greatly affected by the addition of Robotic SUBTA units.

Everything in the plant runs much more smoothly. More bottles are being produced, but the pace seems slower since there was a reduction in complexity in the system,” said the plant manager. “We have seen a reduction in the commotion and activity since employees can now work at a constant pace and succeed without as much physical effort. We also have a greater chance to understand the bottlenecks in the manufacturing process. We are reviewing to see where we can make an economic justification for adding automation,” said the plant manager. “We chose the ones that are simple to execute first that run one mold all day, as well as the systems with the highest stress strain or ergonomic safety issues. We are looking for future automation as soon as we can.

The company plans to rigorously examine each step along the way in the manufacturing process including leak detection, printing or labeling. Now that that the process runs more smoothly, each step can be looked at as a potential bottleneck. The engineering department can now work on making improvements downstream from the blow molding machine.

The company also conducted time studies to make planned improvements to the machines so eventually the machine rate can be increased which will in turn increase the production rate. They now run four Robotic SUBTA Systems which they brought in one at a time, with the last one installed in May 2008.

The facility has 10 machines, with half being unloaded with automation. The company feels that the Robotic SUBTA systems have helped to bring a new technological look to its facility and plans to add more automation with Motion Controls Robotics in the future.

Although this company does not have a coordinated automation effort, the facility engineers have shown the benefits of the Robotic SUBTA System to its other plants. One of those plants is currently consulting with Motion Controls Robotics about making some changes to its facility. 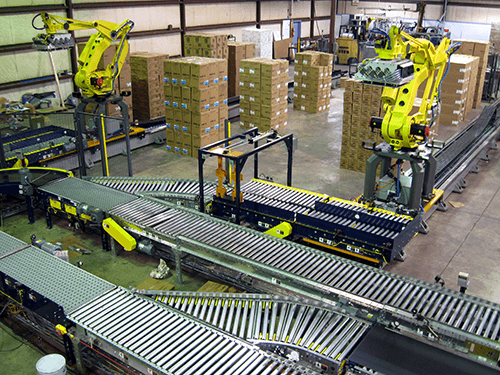 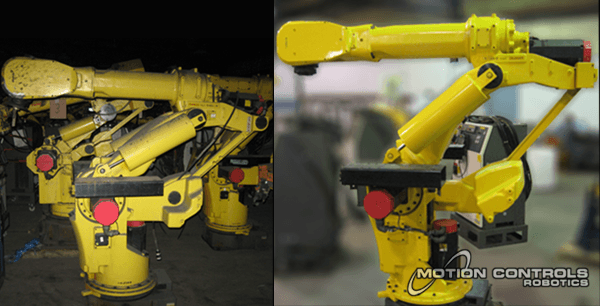 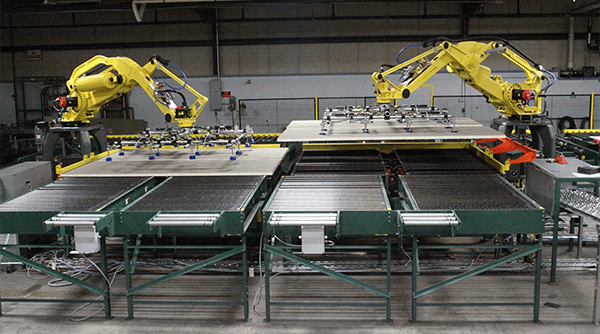 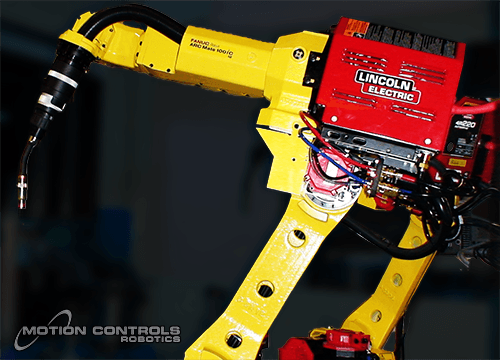