The newly developed M-20iD series is a combination of the benefits of two different M-20 robots merged into one robot. These models both have positive attributes suited for certain applications, but in today’s industry, FANUC realized adding them together in one robot would greatly benefit customers. The resulting M-20iD is just an improved version that installs and operates just like the older versions. 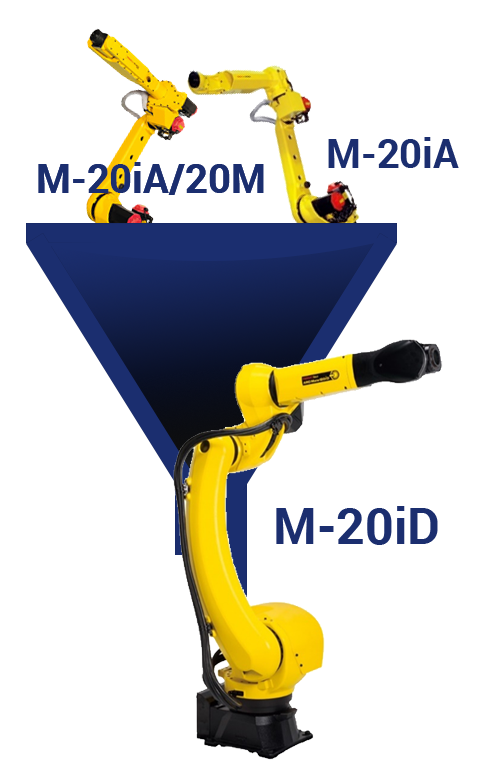 2⃣ #Robots – Including the new #FANUC M-20iD/25 – Pick & pack jars of candy from conveyors in a 2×3 pattern. This repetitive job is great for our highly reliable & accurate #robots. Learn more at https://t.co/9Wp0oJlj28 #packexpo pic.twitter.com/9skHiTWOod

See other M20 Models that are available >> 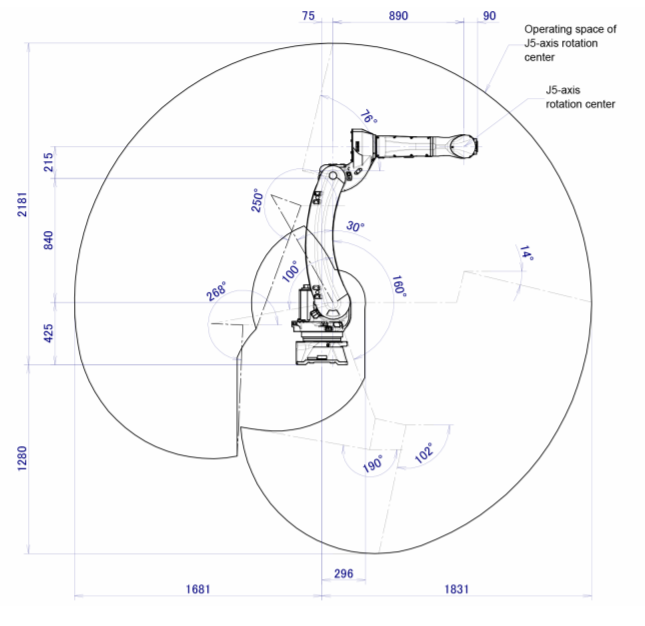 The smaller footprint and larger reach of the FANUC M-20iD/25 is ideal for loading and unloading machines and other part handling applications.

The improved repeatability makes the M20iD a perfect contender for assembly applications.

Picking items and placing them in a case in a small footprint cell would be just the start. The M-20iD can move flexibly around the cell and add assembly, labeling, and/or kitting of products before placing in a case.

There are two controller options available for the M-20iD. 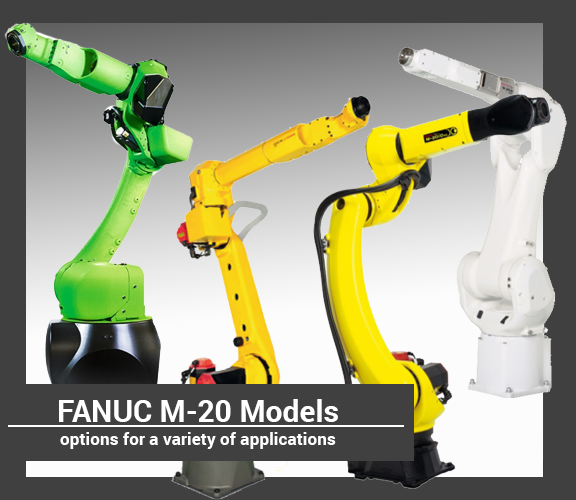 If you want to see how this new model can improve your current application, Motion Controls Robotics can develop a simulation using ROBOGUIDE which already contains the robot specs. 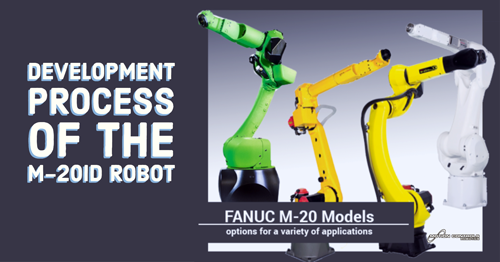