Motion Controls Robotics has been installing robot systems for over 20 years, and we are starting to see customers battling with how to best handle robot replacements. Most manufacturing facilities do not want to be in the position of having an important line go down because of robot failure. When robots get older, this is a scenario that can be avoided through planning ahead and scheduling robot replacements. We wanted to give some tips to facilities about how they can handle this issue and get the most from their robots.

According to a recent BCG survey, 44% of US manufacturers are planning to install robot systems within the next five years. Many of these facilities already have robots, and are just continuing to develop their automation. As the number of robots in manufacturing facilities increase, it becomes essential to develop a plan for rotating robots either through replacement, trade-ins and/or retasking. 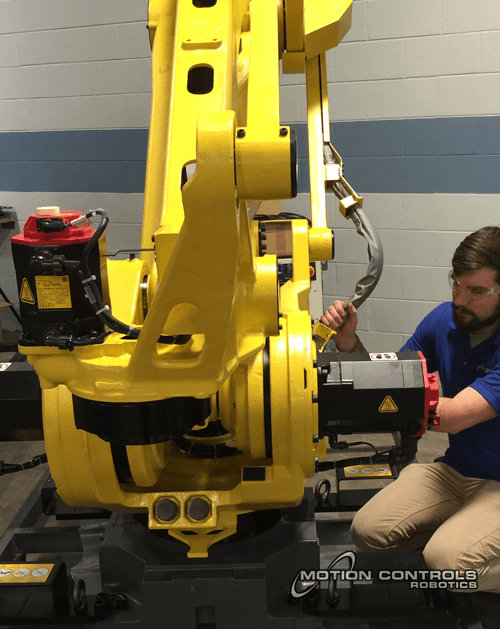 How many hours a day does the robot run?
FANUC robots are tested to have reliability of more than 100,000 hours mean time between failures. So, because robots are rated by hours, some robots will run for over 20 years’ while others might start having failures in a little over 10 years.

Has the robot been in operation for over 10 years?
For robots that have been in operation for more than 10 years and are running 24/7, it might be a good idea to look at getting a replacement for this robot. Mainly, based on a 24/7 schedule, it would be assumed that efficient, consistent production is important. Planned replacement will significantly decrease the downtime. The original robot may still be in good enough shape for trade-in or retasking in a less demanding robot cell.

What year did you install your robot?
Repair costs for robots over 10 years old become more expensive due to part availability.

When robots currently running on a high priority line, start getting older another option is to trade-in for an upgrade. Newer robots have better safety, require less space, and are faster because of new software capabilities and innovations. So, by trading in, you not only eliminate the possibility of a failure, the new robot can increase production rates.

Some of the benefits of trading-in for a new robot with upgraded controls are:

Trade-ins do not always have to be for a new robot. Just like with a vehicle, a used vehicle can be trade-in for a newer, but still used vehicle. MCRI can also source quality, used robots to replace a current robot and add years to the system for a low-cost investment. This solution is also preferred by the manufacture when repair costs become too high for the parts for older robots. We have done this type of robot trade-in with several robots that needed the benefits a newer robot can offer.

Some robots systems are designed and integrated for specific jobs that may only be contracted for a few years. Many times, when these jobs are complete, the facility just lets the robot sit. The better option would be to have an integrator stop in to see how the robot might be retasked. Retasking a robot for a new application can save money and increase efficiency while minimizing cost. Here are a couple actual examples of this being accomplished 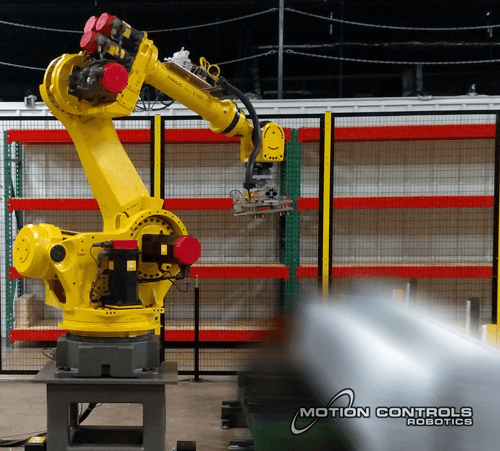 As you continue adding robotics to your manufacturing process, make sure to develop a plan with the goal of maximizing cost and efficiency by remembering the options to replace, trade-in and/or retask robots.